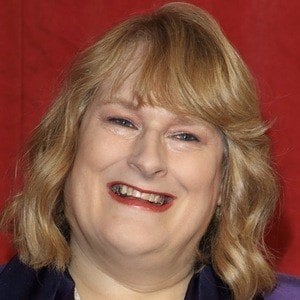 Actress notable for becoming the first transgender person to portray a transgender character in the history of British soap opera history. The role came as Sally St. Claire on the show Hollyoaks.

She was a member of the National Youth Theatre in 1981, but gave up acting for some time to work in computer science and sound engineering.

She worked as a research assistant on the show Coronation Street from 1998 to 2000 before auditioning and earning a spot at the Manchester School of Theatre in 2001. As a musician, she wrote and recorded two albums, and has even worked on several podcast comedy series.

She was born in Aberdeen, Scotland.

She appeared in a 2011 episode of Shameless that stars David Threlfall as Frank Gallagher.

Annie Wallace Is A Member Of