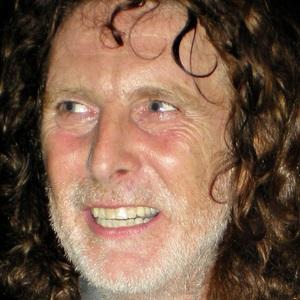 British stage and screen actor best known for his role as Frank Gallagher in the English Channel 4 series Shameless. He also appeared with Cate Blanchett in Elizabeth: The Golden Age.

After starring in high school productions of The Crucible and Rising Generation, he trained at the Manchester Metropolitan School of Theatre.

He appeared alongside legendary actor Laurence Olivier in a 1984 television version of Shakespeare's King Lear.

He was born to a plumber father in Burnage, Manchester, Lancashire, England. In 1995, he married Bosnian television actress Brana Bajic.

He played the title role in a television movie about the life of renowned British comedian Tommy Cooper.

Nowhere Boy
Hot Fuzz
Master and Commander: The Far Side of the World