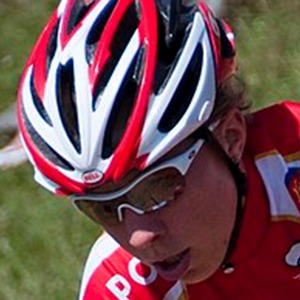 Cross-country biker who became the World Champion MTB XCO in 2016. She placed 11th at the Women's Cross-country at the 2016 Summer Olympics.

She started mountain biking in 2008. She raced in her first MTB World Cup race in England in 2010.

She had to withdraw from the Women's cross-country at Hadleigh Farm at the 2012 Summer Olympics due to a broken rib. She has over 110,000 followers on her annika.langvad Instagram account.

She is from Silkeborg, Denmark.

She and Maja Wloszczowska are both mountain bikers who competed in the 2016 Olympics.

Annika Langvad Is A Member Of