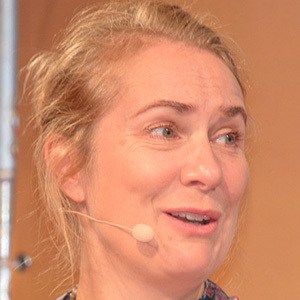 Swedish radio host who is known for her work with Sveriges Radio where she hosted several local programs including Stockholm P5. She is also recognized for her work as a panel member on the TV4 comedy series Parliament.

She attended Stockholm University where she studied Film. She then started her career working for Sveriges Radio in 1993. She gained attention working on the P3 shows Kvallspasser and Morgonpasset. She then received her own show Lantz in P3 for the network.

She is also known for having hosted her own television talkshow for the SVT network called Afton Lantz.

She was born and raised in Hagersten's parish in Stockholm, Sweden.

She starred alongside Sissela Kyle and Johan Glans in the TV4 comedy television program Parliament.

Annika Lantz Is A Member Of