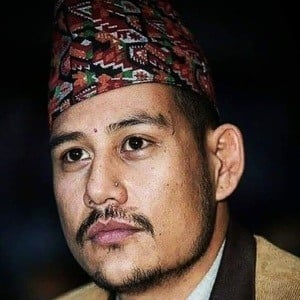 Pageant contestant turned actor who is recognized for having held the title of Manhunt International Nepal from 2013-2015. This exposure led to him amassing more than 160,000 followers on his anoopbikramshahiofficial Instagram account.

He made a brief appearance in the 2011 film Mero Maya Timilai.

In 2015, he won the Best Actor in a Negative Role award at the D Cine Awards ceremony.

He is from Nepal.

He starred alongside Dayahang Rai in the film Bir Bikram.

Anoop Bikram Shahi Is A Member Of