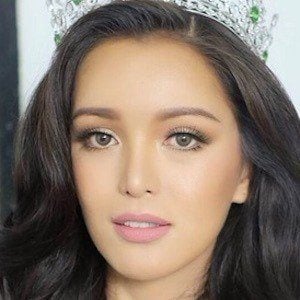 She started competing as a transgender model in 2014. She finished in second place at that year's Super Sireyna Worldwide.

She's appeared on the shows Karelasyon and Magpakailanman. She co-authored a book called He's Dating The Transgender in 2015.

She grew up in Makati, Philippines.

She appeared alongside host Carla Abellana on Karelasyon.

Trixie Maristela Is A Member Of