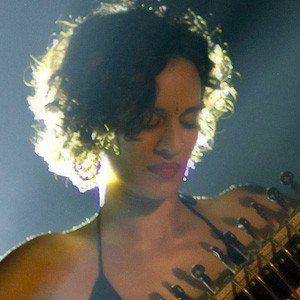 She was 13 when she performed publicly for the first time and was 16 when she signed with Angel Records.

She authored 2002's "Bapi: The Love of My Life," a biography about her father.

She married British director Joe Wright , with whom she had her first child in 2011.

Her paternal half-sister Norah Jones also garnered great fame as a musician and appeared on her album "Breathing Under Water" in 2007.

Anoushka Shankar Is A Member Of