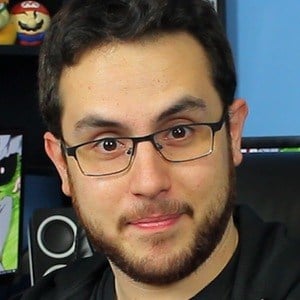 YouTube video gamer known for his content relating to reviews and hacks of video games of any era or generation, which he posts on his self-titled main channel. He also makes top 10 or top 5 lists and has a Let's Play channel called AntDude Plays.

He began his YouTube career in 2011 just one year after creating his channel. His earliest videos were all reviews as part of a series called Dude Reviews.

He refers to himself as a 12th Level Golden Rooster.

His given name is Anthony Cavallo and he has lived in Florida.

He specializes in Sonic and other Nintendo games, similar to Chadtronic.

AntDude Is A Member Of