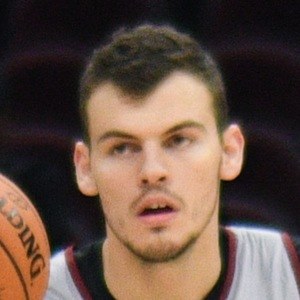 Center who is famous for his time in the NBA. He appeared in the NBA Finals as a member of the Cleveland Cavaliers in both 2017 and 2018 as the team's reserve center.

He was chosen by the Boston Celtics with the 23rd overall pick in the 2016 NBA Draft. He earned a silver medal at the FIBA U19 World Cup with Croatia's U-19 national team.

He has played alongside Kevin Love in the Cleveland Cavaliers' front court.

Ante Zizic Is A Member Of