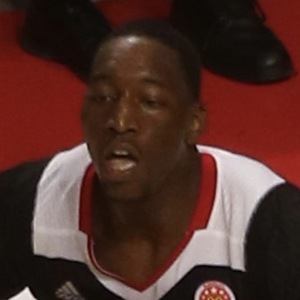 Center who was selected 14th overall in the 2017 NBA Draft by the Miami Heat after playing one year of college basketball at the University of Kentucky. He helped the Heat reach the 2020 NBA Finals.

As a high school basketball player he averaged 18.9 points per game while attending the High Point Christian Academy in North Carolina.

He helped Kentucky reach the Elite Eight in the 2017 NCAA Tournament.

He is the son of John Adebayo and Marilyn Blount.

He and De'Aaron Fox were teammates at Kentucky.

Bam Adebayo Is A Member Of