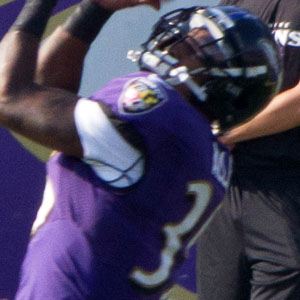 Running back who won Super Bowl XLVII as a member of the Baltimore Ravens in 2012. In 2014, he made his CFL debut playing for the Saskatchewan Roughriders.

He attended Jesuit High School in Tampa, Florida, where he was also a track star.

He averaged an amazing 9.7 yards per carry while playing at the University of Louisville.

His father is former CFL running back Amos Allen.

Anthony Allen Is A Member Of