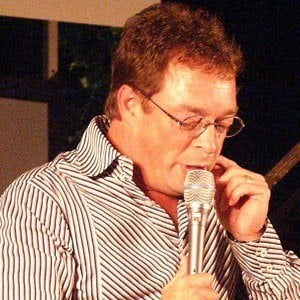 American jazz pianist and gospel singer known for his work with the Kingsmen Quartet. He released his first recording at the age of 14.

Despite suffering third degree burns on both of his hands as a baby, he became a child piano prodigy and entered the Cadek Conservatory at five years old.

He was a member of the the Gaither Homecoming Tour and performed at over 80 shows with them per year.

He had two sons and one daughter with his wife, LuAnn.

Michael Tait was also featured on the Gaither Homecoming Tour.

Anthony Burger Is A Member Of