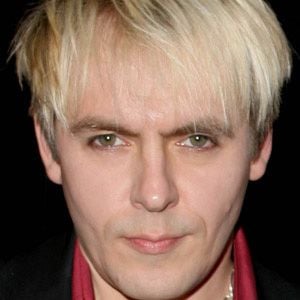 Keyboardist for the new wave rock band Duran Duran who has also played with the bands Arcadia and The Devils.

He met his future bandmates Stephen Duffy and John Taylor at art school.

He co-produced and collaborated with The Dandy Warhols on their album Welcome to The Monkey House.

He has a daughter with his former wife Julie Anne Friedman.

He had a brief role on an episode of South Park, which was created by Trey Parker.

Nick Rhodes Is A Member Of