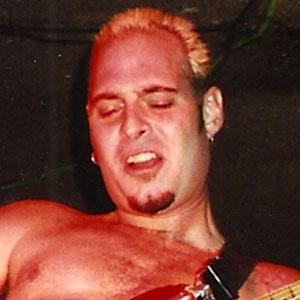 Guitarist has been a staple on the punk music scene for decades, and later progressed into heavy metal.

He has collaborated with members of Ratt, Quiet Riot, and Motorhead.

His father was a banker and his mother was an actress.

His TV actress mother Gigi Perreau was a child actress in the film Mr. Skeffington with Bette Davis.

Anthony Gallo Is A Member Of