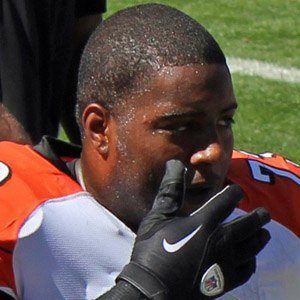 American football offensive tackle who was drafted by the Bengals in the fourth round of the 2008 NFL Draft. He played college football at Kansas.

He played football at Central High School in Beaumont, Texas.

In 2008, he was on the Orange Bowl-winning Kansas Jayhawks.

His parents raised him in Beaumont, Texas.

He and Andy Dalton both played football for the Cincinnati Bengals.

Anthony Collins Is A Member Of