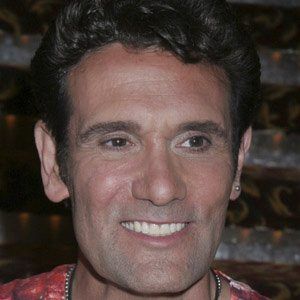 Actor and singer who starred as Valentin in the Broadway musical Kiss of the Spider Woman, a role for which he won a Tony award as Featured Actor in a Musical in 1993.

He made his Broadway debut in 1983 in the musical Evita, in which he served as a replacement. He made his film debut in five years later in Crocodile Dundee II.

He was honored with the Joseph Jefferson Award for Best Leading Actor in a Musical for his performance in Chicago's Goodman Theater production of The House of Martin Guerre. In 2001, his performance in Do I Hear a Waltz? at the Pasadena Playhouse earned him many accolades, including a Garland Award and a LA Drama Critics Award nomination.

He was born to Josephine and Vincent J. Crivello in Milwaukee, Wisconsin, where he graduated from Saint Thomas More High School in 1973. He married Dori Rosenthal in 2005 and they had two children together.

In 1998, he made an appearance on Seinfeld, which starred Jerry Seinfeld.

Anthony Crivello Is A Member Of