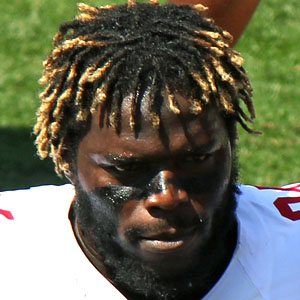 NFL running back who made a Super Bowl appearance as a member of the San Francisco 49ers in 2012. In 2014, he signed a three-year deal with a Buffalo Bills.

He attended Terry High School in Mississippi, where he was named the Jackson Metro-Area Player of the Year.

He set career and single-season rushing records while playing at Mississippi State University.

He has brothers named Rashun, Antwon and Deshun.

He became teammates with highly-touted wide receiver Sammy Watkins in Buffalo in 2014.

Anthony Dixon Is A Member Of