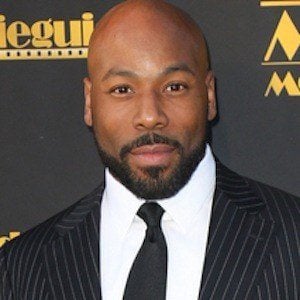 Singer-songwriter who has shot to stardom within the world of contemporary Christian music with albums like 2014's Real Life/Real Worship. In 2012, he competed on the second season of the NBC reality singing competition The Voice.

He was born in Dallas, Texas and attended the prestigious Christian school Liberty University.

He released his first holiday album, What Christmas Means, in 2009.

His father is Dr. Tony Evans, radio personality and pastor at the Dallas megachurch Oak Cliff Bible Fellowship. His sister Priscilla is a best-selling author.

He was a member of Christina Aguilera's team on The Voice.

Anthony Evans Is A Member Of