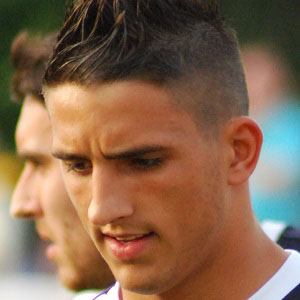 Attacking midfielder who was named the Young Player of the Year after scoring the Goal of the Season for Leicester City in 2013.

He played 12 seasons of youth soccer before making his professional debut with Guingamp at age 18.

He played internationally for France at the U20 and U21 levels.

He was raised in Roubaix, France with three siblings.

He became teammates with David Nugent on Leicester City FC in 2012.

Anthony Knockaert Is A Member Of