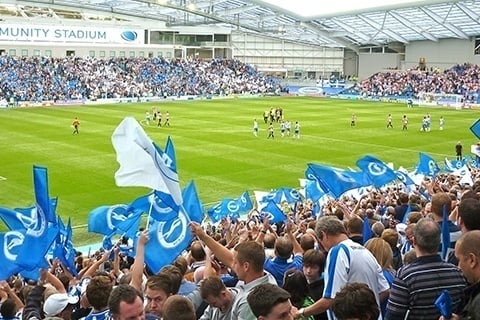 Nicknamed the Seagulls, this East Sussex-based professional club made their Premier League debut in the 2017–18 season after promotion from the EFL Championship.

They first gained prominence during a stretch from 1979 to 1983 which was capped by an appearance in the 1983 FA Cup Final in which they lost to Manchester United after a replay.