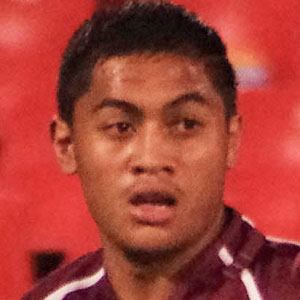 Professional rugby player best known as a fullback for the Brisbane Broncos.

He played for St. Peter Claver College in Ipswich and was shortly selected for the Queensland and Australian Under 15 Schoolboys in 2009.

He joined the Canberra Raiders in 2012 and eventually led them to the Grand Final as a part of their youth teams.

Born in Brisbane, Queensland in Australia, he is of Samoan descent. He has a cousin Francis Molo who has also played rugby for the Brisbane Broncos.

He is an Australian rugby player like Billy Slater .

Anthony Milford Is A Member Of