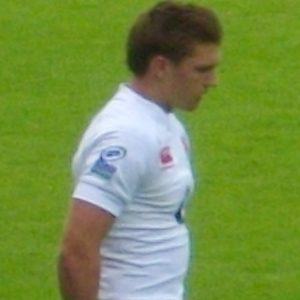 English Rugby player known for playing fly-half and center for the Exeter Chiefs. He also spent time playing for Plymouth Albion in 2011. He scored 328 points in his first 67 games with Exeter. At the end of 2015, he suffered a broken leg and dislocated ankle.

He went to Plymouth College growing up and debuted for the English U-18 team in 2010.

As well as the U-18 squad, he's appeared with his country's U-20 and national rugby union teams. He studied exercise science at the University of Exeter.

He has a younger brother named Seb who's played rugby in France. Their great uncle was a professional soccer player.

His U-18 coach once compared him to rugby player Toby Flood.

Henry Slade Is A Member Of