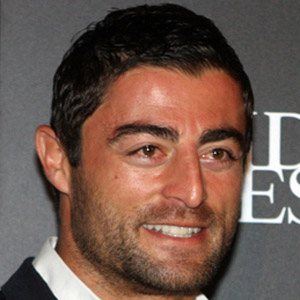 Rugby fullback and wing who debuted in the NRL for the Sydney Roosters in 2000.

He began playing rugby in the East Valley United League.

He was born of Italian descent, which enabled him to play internationally for Italy as well as his native Australia.

He became teammates with Darren Lockyer on the Australia Kangaroos.

Anthony Minichiello Is A Member Of