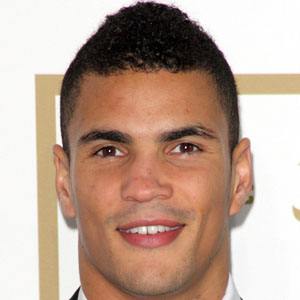 Boxer from England who took home the Silver Medal representing England at the 2010 Commonwealth games. He won the Bronze medal at the 2012 Olympic Games.

He was born in Lowestoft and won the Gold Medal at the Junior Olympics in 2004.

He participated in the reality series "Big Brother: Celebrity Hijack" in 2008. He has also worked as a model, posing nude for "Attitude" magazine.

He is of English and Nigerian descent.

He appeared in a Subway commercial with famed pole vaulter Holly Bleasdale.

Anthony Ogogo Is A Member Of