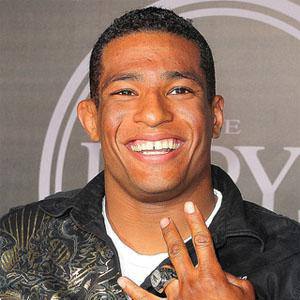 Wrestler who was born with only one leg and overcame all odds to win the 2010-11 NCAA individual wrestling championship in the 125-pound weight class.

He removed his prosthetic leg at the age of three, refusing to ever wear it again.

He finished his collegiate career at Arizona State with a record of 122-23. He won three Pac-10 wrestling championships and three All-American titles.

His mother, Judy, gave birth to him when she was 16; she pushed him to pursue sports and other activities his entire life.

He and Oscar Pistorius, a double amputee, were both athletes who refused to let physical disabilities hinder them.

Anthony Robles Is A Member Of