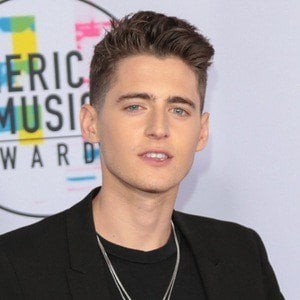 Pop singer who has released popular singles such as "California," "I Jusswon" and "Dirty Rooms" on various streaming services.

He began recording catchy dance-pop tunes in his parent's basement. After saving money and receiving some success online, he moved to Los angeles to pursue his career in music.

He has been featured in an article in Billboard magazine discussing the release of his single "California".

He was born and raised in Saint Louis, Missouri.

He attended the 2017 MTV VMA's along with Pink, Kendrick Lamar, and Gucci Mane.

Anthony Russo Is A Member Of