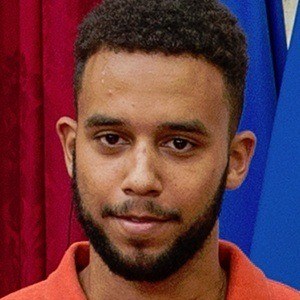 War hero and movie actor in Clint Eastwood's The 15:17 to Paris. He signed on to play himself on the Paris-bound train from Amsterdam via Brussels where he stopped a gunman in August 2015.

He appeared on Who Wants to be a Millionaire in October 2016 for Hometown Heroes Week.

He was awarded the Legion of Honour by the French president, Francois Hollande, for his actions.

He helped stop the train gunman with Alek Skarlatos.

Anthony Sadler Is A Member Of