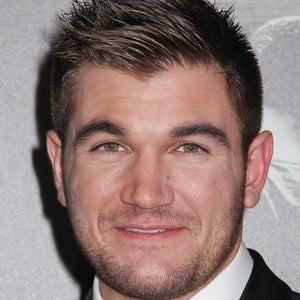 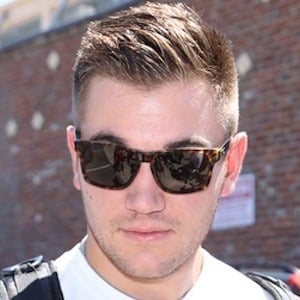 Oregon Army National Guardsman specialist who was awarded the United States Army Soldier's Medal by President Barack Obama and the Legion of Honour from French president Francois Hollande in his efforts to stop a gunman on a Paris-bound train. He became a competitor on the 21st season of Dancing with the Stars.

Upon graduating from Roseburg High School in Oregon, he enlisted in Oregon Army National Guard when he was 18 years old.

He was deployed in Afghanistan for nine months. He left the studio where he was practicing Dancing with the Stars upon getting a call about the 2015 Umpqua Community College, the school that he attended.

He and his brother Solon were born to Greek immigrant Emmanuel Skarlatos and his ex-wife Heidi Hansen.

His dance partner on Dancing with the Stars was Lindsay Arnold.

Alek Skarlatos Is A Member Of