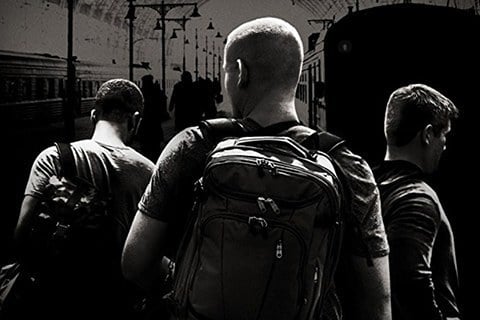 Three American friends confront a train bound for Paris in this Clint Eastwood-directed biographical thriller-drama. It was adapted from the book The 15:17 to Paris: The True Story of a Terrorist, a Train, and Three American Soldiers.

After professional actors were initially going to be offered the parts of the heroes, Eastwood decided to cast the real life heroes Alek Skarlatos, Anthony Sadler and Spencer Stone.