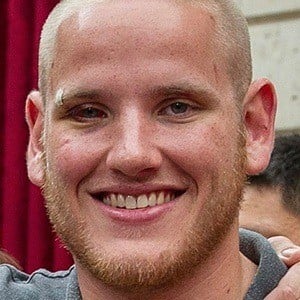 Former U.S. Air Force staff sergeant who was awarded the Purple Heart, the Airman's Medal and other honors for stopping a terrorist from killing civilians on a Paris-bound train in 2015. He was cast as himself in the Clint Eastwood-directed film The 15:17 to Paris (2018), which dramatizes the incident.

He was raised in Carmichael, California and attended Freedom Christian School. He later played football and lacrosse at Del Campo High School.

He attended the 2016 State of the Union Address at the invitation of First Lady Michelle Obama.

He has a younger sister named Kelly and an older brother named Everett.

Fellow military man Alek Skarlatos was with him during the train incident and also appears as himself in The 15:17 to Paris.

Spencer Stone Is A Member Of