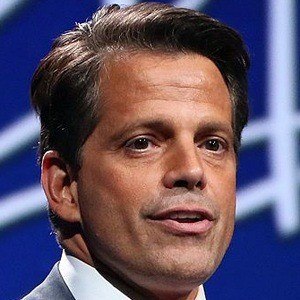 Political figure and financier who acted as White House Communications Director for president Donald Trump's administration. He was also named the senior vice president of the U.S. Export-Import Bank.

Upon completing his law degree he began working for Goldman Sachs.

In 2011, he was the recipient of the Ernst & Young Entrepreneur of the Year Award.

He and his wife Deidre Scaramucci have a son named Anthony Jr.

Both he and Henry Paulson worked for Goldman Sachs.

Anthony Scaramucci Is A Member Of