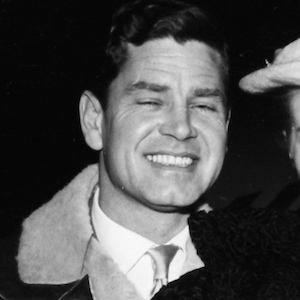 British film actor who played heroes in adventure and war films in the '40s and '50s. These include Portrait from Life, Where No Vultures Fly, and West of Zanzibar.

He started off with small parts in late '40s films, Saraband for Dead Lover and Christopher Columbus.

He made several jumps as a paratrooper in WWII.

He was the first husband of the Swedish sex symbol Anita Ekberg.

He was in the British movie, The Wooden Horse. The film was based on the same true story as The Great Escape, which starred Donald Pleasence.

Anthony Steel Is A Member Of