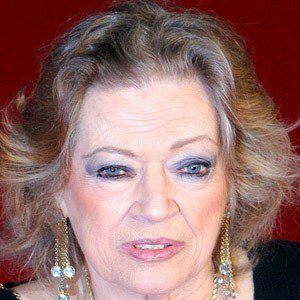 Actress who won the Miss Sweden pageant of 1950 and was immortalized for her iconic Trevi Fountain scene in the 1960 Italian classic La Dolce Vita. She also played prominent roles in the films War and Peace, 4 for Texas and The French Sex Murders.

She competed for but didn't win the title of Miss Universe, but her role in Federico Fellini's La Dolce Vita made her into a sex symbol.

Howard Hughes once suggested she get plastic surgery.

Anita Ekberg Is A Member Of