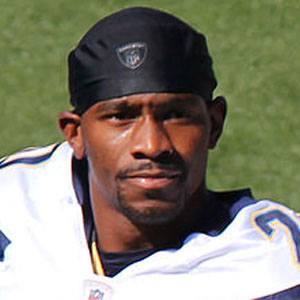 Cornerback who made his NFL debut in 2008 for the San Diego Chargers, after being selected in the first round of that year's draft.

He played college football at the University of Arizona, where he was an All-American in both football and track and field.

After five years with the Chargers, he joined the Arizona Cardinals for 2013, and the Carolina Panthers for 2014.

His father, Wendell Cason, also played in the NFL.

Antoine Cason Is A Member Of