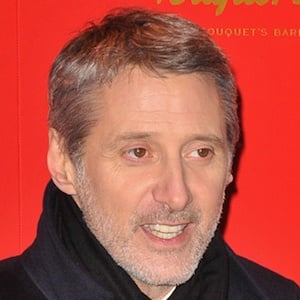 French actor, writer and film director who is known for his movies Yann Piat: Chronicle Of An Assassination, Love Bites, and Coluche: The Story Of A Guy.

He is considered the first French famous baby, because his parents were so well-known. He began his career under the pseudonym Paul Persavon, writing theme songs for cartoon shows on the TV station France 2.

His parents are prominent journalist Georges de Caunes and TV announcer Jacqueline Joubert. He married journalist Daphné Roulier in 2007. They have on son together, Jules de Caunes. He has two children from previous relationships, Emma De Caunes and Louis De Caunes.

Antoine de Caunes Is A Member Of