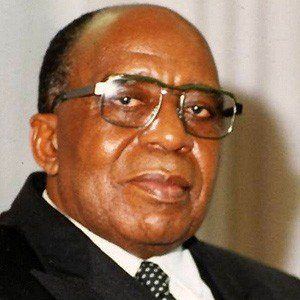 Congolese politician who was the Prime Minister of the DR Congo from 2006 to 2008 after being exiled from his country from 1965 to 1992. He also became the Secretary-General of the Unified Lumumbist Party.

President Joseph Kabila named him a National Hero in 2009, which is the DRC's highest honor.

His family is from Mushiko, Bandundu. He had four children with wife Anne Mbuba.

He was honored by President of DR Congo, Joseph Kabila.

Antoine Gizenga Is A Member Of