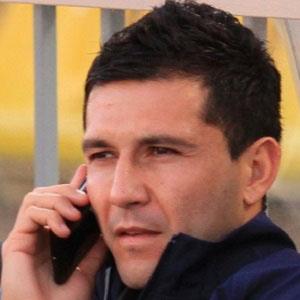 Center back who made his senior career debut in 2000 for Teniente Farina, and signed with Everton in 2013.

He played amateur soccer in Paraguay before moving to Argentina for his professional career.

He married Evangelina Alcaraz in 2007.

At Copa America in 2011 he was ejected from a game against Brazil after an altercation with Lucas Leiva.

Antolín Alcaraz Is A Member Of