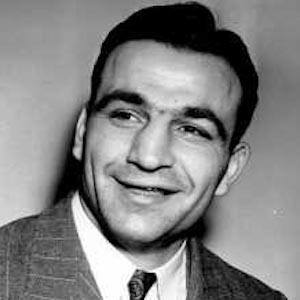 Light heavyweight boxer who claimed both the Greek Middleweight and Light Heavyweight titles in 1937.

He retired in 1947, after which he settled in Geneva, Ohio, where he managed a bar-restaurant.

In 1922, he, his two sisters, and mother fled to Athens from Turkey after his father was killed in Asia Minor.

He suffered his first knockout loss to Ezzard Charles on January 12, 1942.

Anton Christoforidis Is A Member Of