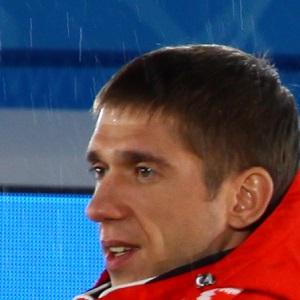 Aerial skier who won a gold medal at the 2014 Winter Olympics in Sochi.

He made his Olympic debut at the 2006 Winter Games.

His performance at the 2014 Olympics resulted in the highest score in Olympic history.

He was born in Belarus, and is of Ukrainian heritage.

He was one of a handful of freestyle skiing gold medalists at the 2014 Olympics along with star Alexandre Bilodeau.

Anton Kushnir Is A Member Of