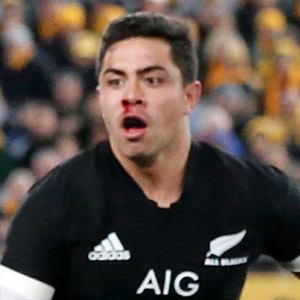 Rugby union centre who has risen to fame for his play with the renowned New Zealand All Blacks national squad. He has also played club rugby for the Chiefs of the top flight Super Rugby league, with whom he played in the qualifying finals in 2014.

He was initially discovered playing rugby for Christchurch Boys' High School. He later made his Super League rugby debut in March 2014.

He was originally born and raised in Christchurch, New Zealand.

He has frequently played as teammates with Sonny Bill Williams for the All Blacks.

Anton Lienert-Brown Is A Member Of