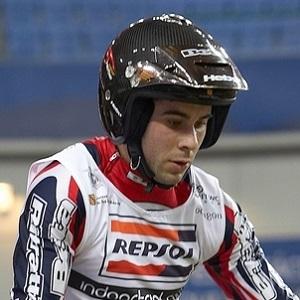 Motorcycle trials rider who has come to be known as the winningest rider in the sport's history. He won every outdoor FIM Trial World Championship from 2007 to 2014 as well as every indoor Championship during that span.

He won the Catalan Cadet Trials Championship in 1999 at age twelve.

When he won his first indoor title, he became the second-youngest rider ever to do so at 20 years and 5 months old.

His family is from Catalonia, Spain.

He and Alex Lowes are both champion motorcycle racers.

Antoni Bou Is A Member Of