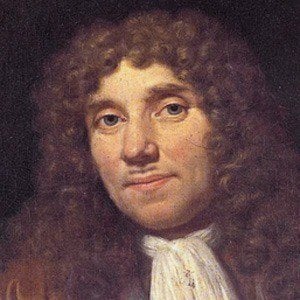 Creator of some of the earliest microscopes, through which he first discovered bacteria and cells. He was the first scientist ever to record microscopic observations of muscle fibers, bacteria, spermatozoa, and blood flow in capillaries.

Through glassmaking he discovered a process by which he could make small glass spheres that greatly magnified light.

He dutifully recorded everything he saw through his microscopes, presenting his findings to the Royal Society of London.

He grew up in Delft in the Dutch Republic.

Antonie Van Leeuwenhoek Is A Member Of