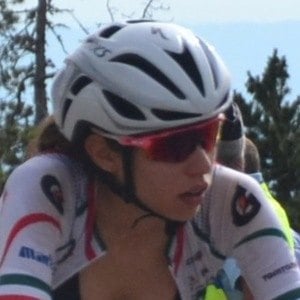 Professional cyclist who became a multiple-time Pan American Champion as well as the 2013 Junior Mexican National Road Champion. She is known by many for her time as a contestant on the sports competition reality show Exatlón.

She grew up in Monterrey, Mexico.

Apart from her cycling career, she is a model with over 1.1 million Instagram followers. She became an ambassador for the sports brand Adidas.

She is the sister of champion cyclist Daniela Gaxiola. She has dated gymnast Daniel Corral.

She and roller skater Marcel Sturmer have both been featured on Exatlón.

Antonieta Gaxiola Is A Member Of