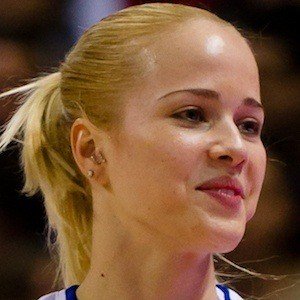 Croatian point guard who has represented her home country at tournaments like the 2009 Mediterranean Games, EuroBasket Women 2011 and the 2012 Summer Olympics. She began playing for Toulouse Metropole Basket in Ligue Feminine de Basketball in 2013.

She grew up playing a number of sports, including volleyball, in her hometown of Sibenik.

She has gained significant media attention for her looks, being named the most beautiful woman at the 2012 Summer Olympics by Bleacher Report.

Her father was also a basketball player. She has an older sister.

She and Marko Arapovic are both famous basketball players from Croatia.

Antonija Misura Is A Member Of