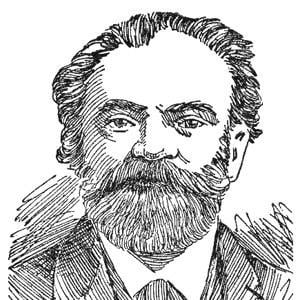 Czech classical-music composer who became known for his "New World" Symphony, the American String Quartets, and "Rusalka," an opera.

His earliest surviving work, "Forget-Me-Not Polka in C," was written around 1855, prior to his graduation from Prague's organ school.

He headed up the National Conservatory of Music for several years, receiving an annual salary of $15,000, an unprecedented sum at the time.

He went against his father's wishes and became a musician instead of a butcher. He married Anna Cermakova on November 17, 1873, and they had nine children together.

He was promoted by Johannes Brahms after the legendary composer became intrigued with his talent.

Antonin Dvorak Is A Member Of