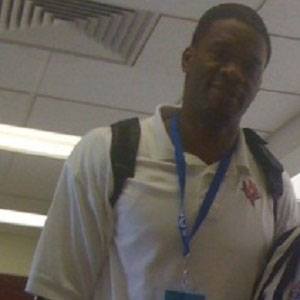 Former NBA player best known for his days with teams like the Indiana Pacers and Toronto Raptors. Following his playing career, he became the President of the NBA Players Association and an analyst for ESPN.

He played at the University of Texas at El Paso from 1986 to 1990 before beginning his professional career with the Panathinaikos in the Greek League.

He won the FIBA Korac Cup as a member of the Italian team Philips Milano in 1993.

He has twins named Antonio Jr. and Kaela, both of whom have played basketball at the collegiate level.

He was traded from the Indiana Pacers to the Toronto Raptors in exchange for guard Jalen Rose in 1999.

Antonio Davis Is A Member Of