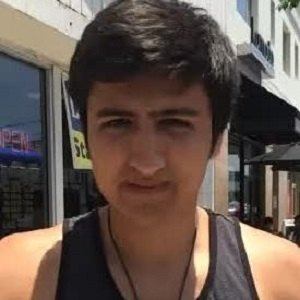 Known as SoFlo or SoSloAntonio, he is known on the internet for his prank videos. He has channels called SoFloAntonio, SoFloComedy, and SoFloAntonioVlogs. His SoFloComedy channel has over 1.7 million subscribers.

While attending the University of Maryland, he had the idea to prank girls into kissing him. He came up with ideas for a variety of different prank videos all involving getting girls to kiss him and started his line of successful YouTube channels in 2014.

He created a video called "Drugging Girls Prank" which ended with him getting beaten up, which he says was not worth it. He founded the marketing company Perfeos in 2017.

He was involved with a staged prank along with fellow web video star Sam Pepper.

Antonio Lievano Is A Member Of