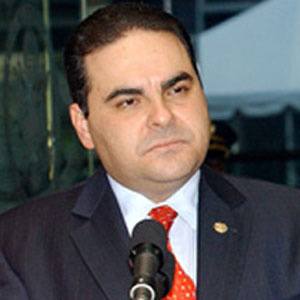 Salvadorian politician and former President of El Salvador from 2004 to 2009 under the conservative Nationalist Republican Alliance party.

He began his professional career as a broadcast journalist, working in mostly in sports radio.

He won the 2004 election with 57.7% voting in his favor, succeeding President Francisco Flores Pérez.

Antonio Saca Is A Member Of