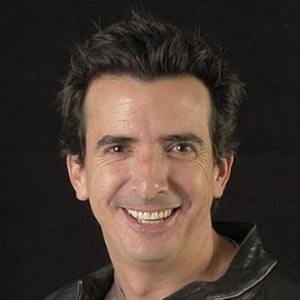 Actor and comedian who is mostly known for his roles on Colombian television, having starred on such shows as Alicia en el País de las Mercancías, La Pola and Pobres Rico. He debuted his first stand-up comedy special, ¿Quién Pidió Pollo?, in 2008.

He studied advertising at Gran Colombiano Polytechnic in Colombia before moving to Los Angeles, California.

He has served as the host of the television shows Marca Registrada and Cuidad X.

He has been in a relationship with fitness coach Marcela Barajas.

He co-starred with Juan Pablo Raba on Pobres Rico.

Antonio Sanint Is A Member Of