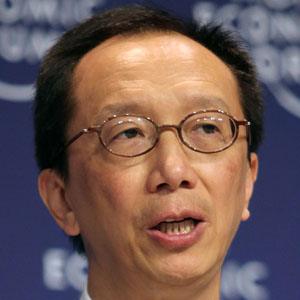 Known for his financial leadership of both the Blackstone Group and the Nan Fung Group, he also held office from 2001-2003 as the Hong Kong Special Administrative Region's Financial Secretary.

After graduating from the University of Hong Kong and Harvard Business School, he served as Asia-Pacific Chairman of the Chase Manhattan (JPMorgan Chase) Corporation.

He chaired the Hong Kong chapter of the Heifer International charity organization.

He and his wife, Olympic gold medal-winning diver Fu Mingxia, welcomed three children between 2003 and 2008.

He and his contemporary, Hong Kong Democratic Party leader Andrew Cheng, were both active in the government of Hong Kong.

Antony Leung Is A Member Of